With the end of Colin Powell's leadership lessons, it is time to move on to another teacher and leader for expertise. For the next 21 weeks we will explore The 21 Irrefutable Laws of Leadership, as defined by the 10th anniversary edition of the book by John Maxwell, which can be found at amazon.com.

Even if you read this blog, I greatly encourage you to purchase the book. John Maxwell is a very prolific writer on the topic of leadership. He knows what he is talking about and my musings here will only scratch the surface.


The Law of the Lid 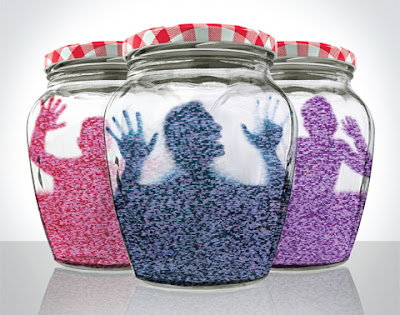 Image from Electronics Design Strategy News - Europe
The first Law is the Law of the Lid. Sounds vague, right? Well the law means that a person's level of effectiveness (as a leader) is lidded by his/her own level of leadership. Lidded in this case means that it is effectively stopped. This one makes sense, if you think about it. Will a strong leader follow a weaker one? If the leader truly is weak, will anybody follow him/her? The answer should be obvious.
I recall a particular PFC who was promoted to Sergeant. He was a bit of a goof-ball and was well liked by the troops... but he wasn't respected. His level of leadership was low because he was considered unreliable and that he couldn't take anything seriously. Nobody wanted to work for him, because they weren't sure about the end result. Not a good sign in a war zone.
However, since leadership can be learned/taught, all hope wasn't lost. Over time he learned some lessons (mostly from senior sergeants setting him up to win; in order to build confidence and respect), started taking things seriously and showed that his head wasn't only good for coming up with the tag line of a joke. His troops started trusting him. He earned their respect and they started to believe in him. The Army is good for teaching young men how to become leaders, as these people are placed in positions of responsibility and authority early; usually with at least decent leaders above them to provide an example.
If you're in the civilian world, don't despair. You can improve your leadership abilities (in many ways by applying the rules we will talk about in the coming weeks). John provides a list of exercises to perform to evaluate your leadership level, as well as ways to utilize the Laws in your own world (hey, I can't give you everything... otherwise John might find a reason to talk with me, other than leadership  :-) ).
Perhaps the best thing I can tell you about them is to get somebody close to you to work through the exercises with you (probably a couple of somebodies). The reason is that many of us have a hard time taking a "real" look at ourselves. We tend to have biases in our own favor. If you have honest people you can trust then they are the ones to help with this evaluation... as well as the others to come in future weeks.
Posted by Matt Morey, PMP, DTM at 6:00:00 AM