Almost my entire life I’ve been the “guy in charge.” Most of my childhood, I didn’t realize it was happening. I would see something that I wanted to do, and others would follow me.  This trend continued through elementary, middle school, high school, even college. No matter what activity I was in, I found myself in a position of authority and leadership. Boy Scouts, Class Projects, Varsity Sports, Fraternity, after school activities… basically: Life. I didn’t even realize it was happening until college.  Like so many “A” Type personalities, I eventually said “forget it, I don’t want to be the workhorse anymore!”
That moment happened in college during a class project, I sat at a library table with 5 other college students at the first meeting for our class project; and I KEPT MY MOUTH SHUT (yes, for those of you that know me, marvel at my willpower!).
Well… kept it shut for at least the first 30 minutes. Unfortunately (or fortunately, since we all got an A) after the first 30 minutes I couldn’t take anymore. Two of the team members had only discussed the latest frat party they went to, another member was reading a magazine, a fourth was texting a friend, and the last one had headphones on. At that point I “took command,” for lack of a better term; and realized that leaders are necessary.
After that meeting, I started researching leadership. I developed and tested ideas on what would and wouldn’t work. I started paying attention to how people respond to different events and requests; as well as how to manage my responses to get the most out of the team. I actively read leadership books. Eventually, I stopped setting directions that I wanted to go in and waited for others to follow. Instead, I started to analyze how the teams came together, define objectives, and determine what I should be doing to help the team the most.
The next ten years were very busy. In that time I became a commissioned officer in the United States Army, deploying twice into combat (once as a front line leader, awarded a Bronze Star for my actions; the second as division level staff, managing the Division’s Communications Network). I’ve worked as a Project Manager in Oil and Gas, Information Technology, and US Government; managing a variety of projects from multi-million manufacturing/commissioning jobs for a Fortune 200 Company, Oracle Implementations at multiple locations, 65,000 Person Events, and a communications network implementation in Baghdad, Iraq. I’ve experienced a lot of fantastic leaders, and many, many more not so fantastic. Although I can’t claim to “get” everything, I think I have something to share. That is the purpose:
To improve leaders through the experiences of one who has been on the front line, once in combat, now in business. 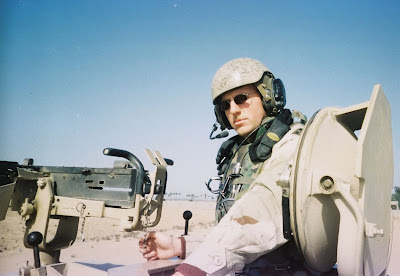