"I live for the simple things in life... like how much this is going to hurt" - Rocket Racoon, Guardians of the Galaxy. The line is delivered with a sarcastic snarl, and the hint of a smile (even for a furry little rodent) as a massive gun unfolds and releases a bolt of electricity. As I thought about this article, for some reason this line kept going through my head.

Why? Because with a different slant you could argue that the simple things in life will cause hurt (if they aren't properly respected). The simple things in life, of which too many people, companies, organizations, countries use as a mouthpiece for how great they are, yet only pay lip-service to actually living up to them. In fact, if you aren't careful and hold true to them, you can often feel like you're standing in front of a target! 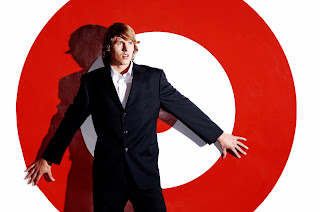 What are the simple things in life? Morals and Values. Easy to identify, easy to claim, difficult to live up to. Hence the combination of Morey's Laws 5 and 6:

The Important Things Are Simple


Think about it, people are judged by their character and actions, which are largely one and the same. What type of person are you? How do you behave? Are you the type that does what (s)he says or are you the type who says what sounds good but fails to deliver?

Don't we all wish we could be Superman (see Law #1): I fight for Truth, Justice, and the American Way? Easy to say, hard to do (yet until Superman renounced his American citizenship in Action Comics #900, we all believed he was capable of it).

The difficulty in leadership is that you are in the spotlight and often held to a higher standard. All the more reason to try hard to maintain the simple things. Too often leaders fall into the "Do as I say, not as I do" mentality, and it hurts their credibility and the morale of their people.

Back in the summer of 2003 while deployed to Iraq we had a Lieutenant Colonel (LTC) who was new to the unit, and knew the right things to say. He would pat soldiers on the back, make promises, and discuss how things were back home. One promise he made over and over was "Once we get air conditioners, I won't take one until everyone has one." Sounds like a stand-up guy, right?

Can anyone guess where the first air conditioner ended up? I would say within 2 hours of the crate arriving, his room was air conditioned, and everyone else were still waiting to sign the paperwork for the new equipment. How long did the troops respect him or believe what he said after that? I don't think the air conditioner was even plugged in before the soldiers were talking about it.

That's the problem, isn't it? Words are easy, but living up to the words can be hard. Since then, I've seen many people and organizations claim to be living to a strong moral code or specific values, only to see them fall when the spotlight is shone on them (just look at the current Presidential election, on both sides!).

One of the things we discussed in a previous blog is how fast TRUST can disappear. This is impacted the same, as it is directly related to trust. Your credibility can disappear when you aren't living up to your values and morals, and worst of all, it only takes one slip to cause the downfall of a lifetime of effort.

So what can you do? First define what your morals and values are. It doesn't need to be Superman level, but for instance, I believe in Honesty, Integrity, and Hard Work. Now, whatever I do, I try to live up to those standards.

But everyone finds themselves in grey areas. Example:

As a project manager I'm often asked for status updates and / or situation updates on the project by my boss, clients, stakeholders, etc. Sometimes there is an issue that a particular person doesn't need to know about, and / or will cause more problems if they do know about it. So I don't always share that information immediately. I DO NOT ignore the situation, but instead I find a resolution, and then if the situation necessitates it, I will tell them what happened and how we fixed it. Now, if I am directly asked about it, I will provide an honest answer, up to and including the reason why I didn't share the issue in the first place. After all, as Mark Twain said:


I don't see this as infringing on my morals of Honesty, Integrity, and Hard Work. Instead (and this may be the military experience in me) I look at it as OPSEC (Operational Security). If a person doesn't need to know and doesn't directly ask me, then why should I volunteer more information that will only cause trouble and make things more difficult?

A solid example of this goes back to the story about the sling issue with the 30+ ton suction pile hanging in the air. If you read the story, you will learn that the client asked a direct question about the lift, and I was adverse to sharing details because we had to do a safety inspection. However I answered honestly that the slings were damaged and that the wrong equipment was used because I was directly asked (I also took responsibility for the issue). If I had done as other had suggested and not commented at all, I'm sure the situation would have been much worse, and the client probably wouldn't have trusted anything else I had to say.

I've had many of these experiences, and learned that there is a fine line a leader has to be comfortable with, but still has to be able to sleep at night.  Have you defined your values? What lets you sleep at night?
Posted by Matt Morey, PMP, DTM at 8:00:00 AM