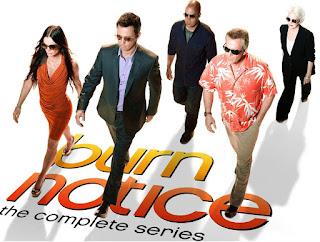 One of my favorite shows is Burn Notice, from USA. It was almost educational, including the voice-overs. One particular voice-over that stuck-out was this one:

With my experience in Iraq, I would agree that this is true, even though you may not use the word criminal. In many cases, an amateur can be just as bad. I can think of several instances while in Baqubah where we were training Iraqi police and defense force. It was usually readily apparent if someone had training before. The way they held their weapon, a tilt of the head, a raised eyebrow, a shaking head would all give people away. This was drastically different from the amateurs who were giddy holding a rifle and would raise their butt too high in the air when crawling under barbed wire. The problem in that environment is that a professional is dependable, but the amateur can get you killed.

The civilian world has an equivalent issue, as there are professionals and there are amateurs. Unfortunately, you can rarely tell the difference from a raised eyebrow or tilt of the head. Instead, professionals are typically the people who strive toward improvement in their profession. They educate themselves, earn certifications, attend training, and yes even read blogs like this one. Then they take the information they learn and apply it to their own work. Professionals have processes and procedures they use to make things better, and avoid knee jerk reactions which change the rules and cause more issues than they fix. 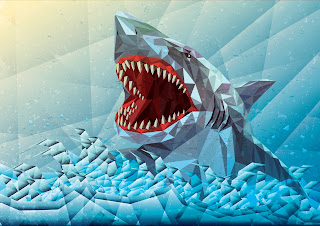 The difficulty is that, as my friend David Dye just pointed out in his blog earlier this month, that companies will take the time and expense to train people on the operation of a forklift or cash register, but when it comes to management and leadership people are often pushed into the deep end of a pool filled with sharks and no life preserver. The sharks being issues, risks, and even opportunities; not necessarily the professionals. No training, no guidance, just "Here's your team and good luck." He identifies that as outright negligence and I am inclined to agree.

So who is the professional? The professional is the one who willingly spends his / her own time and money on his / her own improvement, even if the company won't reimburse the expense. Sadly, that means more effort than most people are willing to sacrifice, and thus we end up with a lot of amateurs swimming in a pool of sharks.

In fact, most of Morey's laws are designed around making someone more professional by learning from the (mostly painful) experiences of others. But as you learn and grown, you find yourself navigating those waters with amateurs who are flailing about trying to keep those sharks at bay. The difference is that, depending on your level of preparation, you at least have a life preserver, or perhaps even a speed boat.

But before you congratulate yourself, you also need to realize that the amateurs can sink you too. A drowning man out of desperation will often pull the would be rescuer down with him. The lesson there is that you need to be careful when you see other people struggling. A strong leader (as John Maxwell teaches) will create more leaders, not just followers; however you can find yourself overwhelmed and missing your own goals if you aren't careful. And those same people flailing around in the water can very easily find ways to capsize your boat, or at the least create waves which make your job harder.

Aside from the initial military example, one run in I had was with another Project Manager. We were working in a matrixed organization, meaning that neither of us owned the resources we both needed. While my project (at the moment) was organized and had agreements with the managers about when I could use their resources, this gentleman (let's call him Jason, not his real name), jumped from fire to fire, never able to catch-up because he wouldn't take the step back to plan. Suddenly, his in trouble project pulled resources slated for my project, in order to address an "emergency" caused by a stakeholder comment that wasn't properly managed (i.e. I thought the equipment would have an actuator lever, that's what we discussed) or documented. Sadly, Jason's poor planning actually did constitute an emergency on my own because the resources were yanked to redesign the equipment and my project fell behind (along with several others).

Because of this I learned (in the civilian world) that you will not always have control over everything that impacts your project, and that (Morey's Law #17):

Professionals Are Predictable, But The World Is Full Of Amateurs