The Value of Doing the Dirty Work

Mike Rowe had a show on Discovery called Dirty Jobs, where he would explore the dirtiest, nastiest work that people were paid to do. He did this to shed light on another side of America, and to show that people can (and should) take pride in that work. I've realized that taking the time to do the Dirty Work with your people can also help you earn the respect of the people you are trying to influence as a leader. In one particular experience, I found myself wandering a drilling rig.

Shortly after I left the Army, I was running a project for a Fortune 200 Company with an important customer. The job was the delivery of a series of land drilling rigs (like you see on the TV show Black Gold). The project was already behind when it was handed off to me, and the customer relationship was in near critical condition. Why was I given the project? Because I was the new guy and: "He can't make it any worse!" I was 27 at the time.

When I started work on the project, I realized that I had another hill to climb beyond the basics of a project behind schedule and a suffering client relationship. The executive team of the customer was made up entirely of men older than 55 who had worked their way up from the drill platform. Not one had a college degree, and every one of them was a tough, grizzled, blue-collar man who didn't appreciate a "College Kid" (as they called me) who was now responsible for their project. They interpreted it as the Company's way of saying "well, this project is a failure, so we won't make it important."

In fact, the customer didn't care that I was recently returned from Iraq, had a Bronze Star, or was not a "College Kid" but instead a fairly grizzled leader experienced in running high stress teams in difficult environments. From their perspective, I had no place being on the project, let alone running it, because I didn't have any time on a rig, and as a "College Kid" I wouldn't hack it on a rig even if I tried. In fact, they often commented that if I ever wanted a "real experience" to let them know and they'd arrange it.

I realized there was no way I would ever earn their respect, unless I found a way to earn a "real experience." I asked for their rig map and learned that there was a rig about 90 minutes away, which was breaking down for a rig move. Perfect! 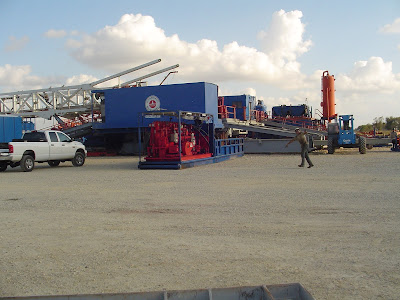 I took the day off from work, grabbed coveralls, steel-toed shoes, hard hat, gloves, glasses and ear plugs and jumped into the car. I arrived onsite just as they were starting to deconstruct the rig. 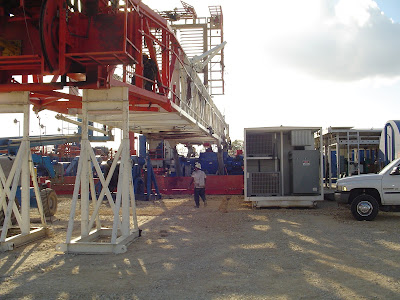 I checked in with the rig manager, told them I was there as the project manager for the Company, and proceeded to investigate the entire work site, short of climbing the derrick. I went where the work crews went no matter how cramped / dirty, looked at what they looked at, and even grabbed a wrench or helped lift equipment. It was a dirty, exhausting day, but I stayed until shift change and never complained.


At the end of the day I thanked the rig manager, checked out, stripped out of the very muddy / greasy coveralls and climbed back into the truck. I drove from the site to a gas station and proceeded to take a 20-30 minute nap before heading home.

The next day, I was back in the company offices, and received a phone call from the customer.

"Hey Matt, what the hell were you doing on the rig yesterday?"

"I wanted to learn, saw there was an opportunity near by, took off work and showed up. Hope it wasn't a problem."

"Heck kid, we never expected that. Heard you did a little more than learn."

"Well, I helped where I could, but mostly I tried to stay out of the way."

"And how do you feel this morning?"

"Cleaner, but good. No problems."

I was never able to shake the "kid" moniker, but that Monday the hostility had left the group. I was no longer the "College Kid" but instead a "kid" who was interested in the industry, willing to learn, and willing to get his hands dirty. I earned some respect in their eyes, and they started accepting my efforts on the project. Not only that, but they went out of their way to educate me on some things and willingly helped me when things were difficult!

Looking back, I realize that doing what I did was both incredibly smart and incredibly stupid. Smart because it opened the door for me to earn some respect and improve the relationship. I proved I was more than they thought of me, and that I was worth their time. Stupid, because I was there on my own time and without my company (or for that matter, the customer's home office) knowing what I was doing. If I had been hurt, if there was an accident, the liabilities of it all could have been staggering, to company, customer, and myself!

Would I do it again? Absolutely, but I would have approached it differently. I didn't ask permission from my boss or the customer before showing up at the rig. Neither knew what I was doing, and thus could have caused significant problems. I acted with enough confidence that the rig manager thought I should be there and had the permissions, so I was able to spend the day.

If I had asked, I'm sure that something would have been arranged, but it would have been escorted, and I probably wouldn't have had the opportunity to climb into places, turn wrenches, or help in any impactful way. I don't think it would have opened the door as wide. Knowing this, with the benefit of hindsight and better knowledge of the dangers of a drilling rig and liability issues, I feel I should have asked for permission in this case rather than forgiveness.

How did you earn the respect of your team? What dirty work did you find yourself doing, simply to show that you are willing to do what you ask the team and prove that you can hold up under the pressure?
Posted by Matt Morey, PMP, DTM at 8:00:00 AM