In a previous post I indicated that the most common mistake a leader can make is a failure to delegate. A reply received was that the biggest mistake a leader often makes is "not taking a deep breath, sitting still, doing nothing, and LEARNING JUST HOW THINGS WORK."  - Shelley Horwitz. I realized that there was a potential Morey's Law here, and while thinking it over, connected it to a lesson from a First Sergeant: Reflect Not React.

When something happens, take a breath and a moment to assess the situation. Often your first reaction is not the smartest, and causes more problems. Better to reflect on the situation then take action, than simply react to the new stimuli.

In 2003, the 4th Infantry Division was in Iraq about a month and a half, and I'd been assigned a tank platoon (2nd Platoon Bravo Company, called BLADE). It was uncommon to switch out leaders in a combat situation, at least when there wasn't a casualty driving the change; but the chain of command felt it was necessary. I was responsible for 4 tanks and 16 guys basically overnight, with no time to interact with them, and no training cycle to find a rhythm prior to my "assuming responsibility." Not an ideal situation.

Early in this assignment, the platoon rolled toward a radio station outside of town for a guard rotation. As we drove through town, everything was calm. Shop keepers haggling with customers, vehicles driving up and down the street, and the local kids playing soccer in the field near the road. They stopped their game to run up to the edge of the field and wave as we drove by.

Enjoying the sensation of sun and wind on my skin as I stood head and shoulders outside the tank, I raised my hand to wave back.... 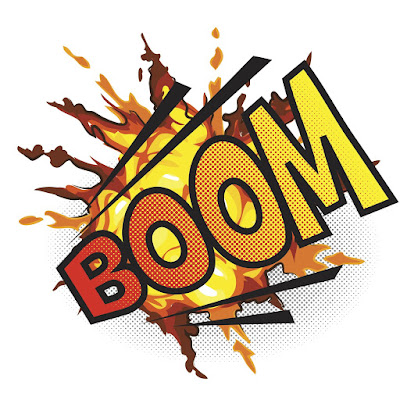 An IED exploded beside my tank, rocking the tank, and honestly, rocking my world. My head ringing, frantic yelling from within the tank and on the radio, and honestly a little bit of shell shock very similar to that scene in Saving Private Ryan when Tom Hanks is on Omaha Beach and a mortar lands too close to him.

But I didn't have the luxury of time to recover. I did my best to shake off the effects, and screamed (I wish I could say I was the voice of calm) at my crew to "SHUT-UP! Sound off with status when I call!"

"Guertner" (my driver, buried in the body of the tank and surrounded by armor)

"Kelley" (My loader, who was also head and shoulders out of the tank)

"Banged my head, but good sir"

"McGregor!" (My gunner, inside the bowels of the turret, but also the most experienced person on the tank)

"Black eye, no problem sir!" (His eye was on the gunner sight when the IED went off).

"Functions check the tank, I gotta check the rest of the platoon."

By this point, my voice was calmer. I held the call switch on my helmet and called "Blade 4 SITREP (short for SITuation REPort)."

Blade 4 was my platoon sergeant, the most experienced man in the platoon, and the real leader of the unit (as with most small scale military units, the senior enlisted is the real leader, the officers are there to plan, paperwork, and learn).

"4, 1, Some bruises, but everyone's okay. Running a function check on the tank now. Setup a perimeter in case more is coming. Over"

Of course it was. Blade 4 knew his business. While the functions check was performed and my un-damaged tanks created a perimeter, I called up to Beast (Company Level, one step up from platoon) with our own SITREP.

Blade 1, Beast HQ, do you need assistance? Over"

As the question was asked, my gunner tapped my foot and gave me a thumbs up, meaning the tank was good, there was no damage from the blast.

The next 15 minutes we sat in a 4 post perimeter, waiting to see if there would be any follow-up to the IED, or if we could determine where the trigger man was. No action and no luck.

I called in to Beast HQ that we were moving, and proceeded out to the radio tower. The tank was fine, some chipped paint and char marks. My men were a little bruised, but had already settled back into the routine and making jokes. Unfortunately I wasn't fine.

Now, physically I was fine. I hadn't suffered any damage. I don't think I even bruised a knuckle when the IED happened. Unfortunately, psychologically, I was anything but fine. That IED made the war REAL to me. We weren't playing games, or on a training cycle. I thought I knew that before, but now I UNDERSTOOD.

By the time we got to the radio tower, I was a mess. I screamed at everyone: "Set-up the perimeter, Pay Attention, STOP GOOFING OFF!"

For the next 3 hours, I'm pretty sure I yelled at everyone, and I know I made life miserable for everyone. Nobody could relax, even when we were in the shelter and not on guard. I wouldn't allow it.

At one point, I was chewing out a private for opening his body armor before he was fully inside the shelter when I felt a hand grab the back of my vest and not so gently pull me away from the private and around a corner.

As I spun to face my attacker, my Platoon Sergeant stuck his knife-hand right in my face, and said: "SIR, You Need to Reflect, not React."


He then hit me upside the Kevlar helmet I was wearing (while inside the shelter), and stomped away.

For the next 4 hours, I wasn't a holy terror to my platoon, but I did stomp around the radio tower complaining about a Platoon Sergeant that didn't know his place and didn't understand the gravity of the situation. I was an OFFICER! HOW DARE HE! IN COMBAT! DOESN"T HE GET IT!

Thankfully, I wasn't doing this in front of the platoon (although I am sure they knew I was doing something like this). I eventually stopped seething, and headed to a guard point for my shift, so that my men could get some extra sleep.

As I manned the guard point at 1 AM, with no radio traffic, no activity, and nothing but the stars as my companions, it started to dawn on me what my Platoon Sergeant meant. I had been acting as if it was still "danger close" and was literally driving my men to the point of frustration, which was actually worse for them then the supposed infractions I was getting so worked up over.

Not only that, but if I kept it up, I was going to burn myself (and potentially my platoon) out. Then when a real situation happened, we wouldn't be able to handle it.

I needed to Reflect on the situation, and not blindly React to it. I should have been thankful about the lack of damage and the minimal bruises we had to deal with. It could have been MUCH WORSE. That situation was over. There was nothing more we could do, so I had to Let It Go! Now that didn't mean we could all relax completely, but driving everyone nuts wasn't a solution either.

The next morning, I approached the Platoon Sergeant and sheepishly gave him a thumbs up. He shook his head, but I'm sure he understood that I got the message. The rest of the deployment I worked to remember the lesson he shook into me by the scruff of my neck like a puppy held by mommy.

Now, on the civilian side, I still use the lesson he provided. As a leader for projects weighing in the tens of tons or more, and / or costing millions of dollars, there have been plenty of moments that required a deep breath and a moment of reflection rather than simply reacting (and probably making things worse). It's even been an effective parenting tactic to keep from over-reacting to my two boys!

The lesson here: Reflect, Not React. There is usually time to take a breath, assess the situation and make a rational decision. As a leader, it is owed to your team, your boss, the stakeholders, and especially to yourself. Knee jerk reactions typically cause greater problems than they solve. Don't be the jerk causing the greater problems!
Posted by Matt Morey, PMP, DTM at 8:00:00 AM