How SMART Are You? What About Your Goals?

A leader's job is to specify goals and set paths. The clearer the goals and paths, the easier time a team will have. The difficulty is that a leader will often set vague goals, hoping to gain clarification as the team progresses. While this can be expected as part of the life cycle, it is not an excuse to avoid providing detailed goals for the team. But how does a leader do this?

The answer is SMART goals. First published in 1981 issue of Management Review, by George T. Doran, and popularized by Peter Drucker's management by objectives concept,  the SMART formula has adapted over time, but is still relevant to Leaders today. SMART stands for: 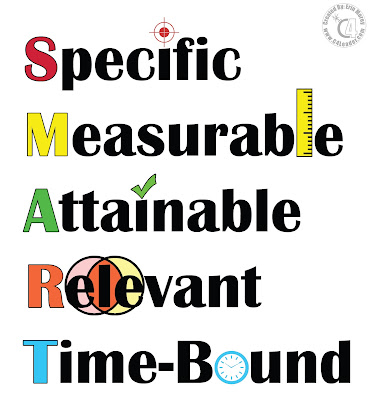 What does that mean? Let's take the formula one letter at a time.

What does Specific mean? I can fill this entry with synonyms, but my hope is to avoid that common flaw in describing this formula. Specific typically means a number, Key Performance Indicator, or measurement designated to let you know when you have accomplished your goal. We will earn $50,000 in revenue, manufacture 200,000 units, or increase profit by 25%. These are examples of specific goals. As the late great Yogi Berra said: "If you don't know where you're going, you'll end up somewhere else."

Hand in hand with Specific is Measurable. How will you know you arrived at the goal if you can't measure the progress to determine where you are and how much further the team has to go in order to reach the goal? The measurement is dependent on the goal. In the previous paragraph the measurements were in dollars, individual units, and percentage points; but the unit of measure can be anything. One recommendation, the unit of measure should be easily identifiable and trackable. Too often leaders focus on fancy statistics which require complex calculations, wasting time and inhibiting the leaders ability to determine status (Earned Value as a project metric anyone?).

Specific and Measurable are critical, but if you set a goal so astronomical that it isn't Attainable, then all you've done is set-up your team to fail. If it is obviously impossible, then you hurt your credibility with your team. If it is not Attainable and only becomes obvious during the course of events and yet you stick to the goal, then it will impact morale and your team's drive. Can your team actually achieve what you set for it to to do?

Is the goal Relevant to the team and organization? If you work in a manufacturing plant for widgets, setting a goal of running 50 miles a month as a team is probably not Relevant to the organization or team (although it can be a team exercise designed to build comradery, that rarely is the case in a business environment). Instead, if your goal was to increase production by 20 widgets a month, that is a Relevant goal.

How long do you have to achieve the goal? Without being Time-Bound, the goal could either languish because there is no urgency, or lapse into irrelevancy because the situation has changed as the time passed. If the goal isn't Time-Bound, then there is no point in setting the goal, because you could do it anytime (or for that matter, not at all!).

Now that we've discussed the SMART formula, how do you use it? Is there a good example? Let's start with one of the most famous goals ever uttered.

During his address to Congress on May 25th, 1961 President John F. Kennedy set a goal for the nation "... before this decade is out, of landing a man on the moon and returning him safely to the Earth."  The goal statement was short, and perhaps the most memorable line in this magnificent speech. At the time, this was probably considered an impossibility, however by 1969 Neil Armstrong placed human footprints on the moon.

Let's explore this statement. Is it Specific? Yes, the goal is to put a man on the moon, which is Specific. Is it Measurable? This one is hazy, as most people would say that there are no dollars, units, or percentages involved, but I would argue it is measurable. Success is one man, on the moon. That is Measurable. Attainable? At the time he said it, I think most people would argue President Kennedy was crazy. The goal was unattainable, but it was an inspiration to a nation, and with the Soviet Union pushing for to control space, there was enough fear to make it a must. It was Attainable, just not believable. Earlier I mentioned that an Un-Attainable goal can be a morale buster. In this case the goal was inspiring. It's a fine line that a leader has to decide if the reward is worth the risk.

That leaves Relevant and Time-Bound. In the context of the 1960's was this goal Relevant? It made a political statement, and inspired a nation to work harder against what was considered a mortal enemy. National pride and a drive to beat the Soviet Union provided the motivation to achieve rapid technological advancements needed for the future. I think the goal was Relevant.  As far as Time-Bound, this was the most vague of the formula, as President Kennedy left practically an entire decade for the goal to be accomplished, however a time frame was identified. When the goal is that audacious, it is better to set a No Later Than (NLT) date rather than a specific date. The date could be refined as the steps to achieve the goal became more clear and specific. Bear in mind, that at the time this goal was made, nobody was fully aware of all the requirements to complete it.

With the assassination of President Kennedy there was an additional push to complete the goal, to live up to the memory of this great President. On July 20, 1969 Neil Armstrong and Buzz Aldrin set foot on the moon, completing the goal and inspiring the nation and the world. 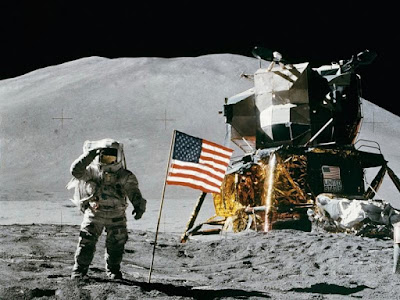 On a more personal level, what goals can you set for your team? The goals may not inspire a nation, but you can inspire and drive your team. How can your team improve? Be Specific, Measurable, Attainable, Relevant and Time-Bound.  I would love to see some goals you want to accomplish in the comments section. In the future I may even share a few of my own.
Posted by Matt Morey, PMP, DTM at 8:30:00 AM