A long time ago I joined Toastmasters as a networking opportunity. I made some fantastic friends and learned some powerful lessons (sprinkled within this blog). Recently I was reminded of a lesson from the very early stages of Toastmasters (Speech 5 in the Competent Communicator): 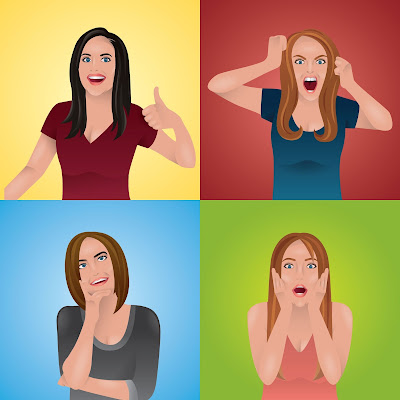 Body language tells the story that your words don't. In fact (based on research performed by Dr. Mehrabian) communication is 93% HOW YOU SAY IT! From the research this breaks down to 55% for body language and 38% for tone of voice. These numbers have been called into question, but most aren't arguing 50%+ of communication comes from the body and tone of voice.

Working with my team, we have morning stand-ups to discuss the objectives for the day, as well as help identify obstacles and / or the need for more resources. It's my meeting, and I make it a point to stay until everyone has had the opportunity to share. At one particular meeting we were running behind and I had another meeting scheduled closely to that one. As a contributing factor, I wanted to check on a particular situation before the second meeting started. I wanted the stand-up to wrap-up, but I wasn't going to interrupt anyone unless there was a specific question, because the information being provided was important.

There is one particular person on the team, let's call him Steve. Steve has a tendency to go into detail, sometimes to the "nth" degree. I understand that his purpose is to improve communication or understanding, especially since there were many new members on the team at that time; but the meetings intention is to be held at a high level so as not to eat into people's days. Detailed conversations typically require a different meeting. At this particular meeting Steve was going rather deep into a rabbit hole, but I did see the value of what he communicated, so I let him continue uninterrupted and unmolested.

Or so I thought. Apparently my body language was telling a different story. Shortly after the meeting, Steve approached and asked to talk. When we found a quite spot, he told me "I don't appreciate you rolling your eyes and looking at your watch while I was talking. It was rude, and I understand that you want these meetings to run on time, but you should look at the amount of time you've spent talking at the beginning of the meeting."

I was shocked for a moment, mostly because I hadn't realized I was doing these things. In fact, I was downright disturbed that I had let my eyes roll, as well as the fact that my watch checking was often enough to go noticed.

Thankfully, I was collected enough not to fire back with a "Perhaps you don't understand the purpose of these meetings..." response. Instead I said:

"I apologize. It wasn't my intention to offend you, and thank you for bringing it to my attention. I will make sure it doesn't happen again."

This response completely diffused the situation. I could tell he was expecting push-back, so any critique I offered at that time would only be construed (rightly) as defensive and wouldn't be absorbed. In fact, if I offered a critique at that point not only would it be construed as defensive, but Steve may have taken any subsequent attempt to raise the issue as an attempt to remind him of the encounter and put him in his place. With this response if I felt the issue needed to be addressed at some future point, I could have done so without it being soured by this encounter.

Second, I didn't provide an excuse ("I was going to be late for a meeting..."), as the excuse was my problem, not his and wouldn't excuse the behavior (and in this case, shouldn't have). I was unintentionally rude, and rude behavior should be avoided as a leader.

What are the lessons from this encounter that lasted less than 2 minutes?

Remember, as a leader all eyes are on you, even when you aren't the one speaking. Pay attention to your body language and make sure that you show the people that you respect their contribution.
Posted by Matt Morey, PMP, DTM at 8:00:00 AM