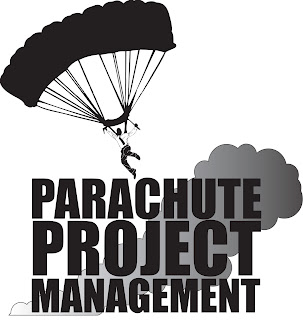 If you want to learn more about the Parachute Project Management program, and how C4 Explosive Leadership Training can improve your project success rate, drop me an email at mmorey@C4Leader.com. Hope to see you at the Easter Iowa PMI PDD!
Posted by Matt Morey, PMP, DTM at 8:00:00 AM