Morey's Law #16: If You Complete More Than Your Fair Share Of Work...


In the summer of 2004, I was stationed at Fort Hood, Texas and transitioned from the Armor Branch (Tanks) to the Signal Corps (Computers / Communication). Shortly after I transitioned, I was pulled aside from a training exercise by my new commander, Lieutenant Colonel B (LTC B from here on out).

LTC B: "Matt, I know you just arrived here, but I need to have a conversation with you."

LTC B: "We have a lot on our plate right now... with another deployment coming up. I need your best, and in six months time, I'll make sure you get a Company XO (executive officer) or Battalion S6 (Battalion Communications Officer) position to help your career. Can you do that for me?"


For those that don't know, a Company XO position or a Battalion S6 role are required roles for career advancement in the military. Staff / support officer positions (like the one I was currently assigned) were considered a necessary evil, but weren't considered "promote-able" from the military's perspective.

Shortly after that conversation I was placed in the role of Division Network Battle Captain for the night shift. The role required that I maintain the Division's communication backbone across the different Brigades and Battalions, as well as the main trunk back to the Division Headquarters when training, and back to the United States when deployed. It was a 12 hour shift from 7 at night until 7 in the morning, but didn't end until the morning briefing was complete, typically starting at 10 and ending just before noon. I would then work on any assignments LTC B required from me before my next shift and eventually crawl into a bed, only to repeat the process the next day.

As the Night Shift Battle Captain, I was the senior person, working out any issues without input from supervisors (because they were all asleep) and was expected to make decisions solely with my own judgement (unless and until it was beyond my capabilities). In addition, a lot of the network maintenance happened during that shift, because most of the units were asleep, unless night training or operations were specifically happening. The role typically went to a Senior Captain (with 2+ years in rank) or a Major, but I was performing the role as a 1st Lieutenant.

As you might have guessed, I didn't get the move to the XO or S6 role within 6 months, although 4 of my friends who transitioned with me made the move. After 18 months we deployed to Iraq, while I still held the role. I was a Captain now, but hadn't attended the mandatory Captain's Career Course because I was deemed "mission critical" to the unit. In addition, I was denied the opportunity to fulfill not only XO and S6 roles, but was also denied from fulfilling Brigade S6 roles (a truly career advancing opportunity) where I was specifically requested. I made the night shift work smooth, and I was too valuable in making LTC B look good for the 2 Star General to let go. By the time I had the opportunity to attend the Career Course or move to an S6 role, I was 2 years behind the rest of my year group for promotion. It was one of the major reasons for my departure from the Army.

Unfortunately I wasn't the only one who experienced this particular problem. I know of several Staff Sergeants and Sergeants First Class who were not allowed to move to new roles or attend training because they were deemed "mission critical." The unit (LTC B) decided that the mission was more important than the career's of their personnel (which it should be), and held people in place during a redeployment and train-up cycle simply because they made the unit look good (which shouldn't happen).

This wasn't my first run in with Morey's Law #16. In 2003-2004, my tank platoon was on Quick Reaction Force (QRF) more consistently than the other platoons at our base in Iraq. The QRF's role is to listen to radio traffic and scramble to any units / convoys in trouble as soon as they hear any chatter that indicates an IED or combat. It is a job that requires the entire team to be on alert and ready to go in a moment's notice, and can be a real drain on the unit because it takes away hours of what could be maintenance or personal time, disappearing into the static of different radio frequencies. You can't do anything other than sit on your vehicles and wait for the call, then you know you are going into a fight.

At one point I went to my Company Commander (CC) and requested to be relieved from QRF.

Me: "Sir, my platoon needs to get off QRF, we need time to maintain our vehicles, and my guys need some downtime. We've been on QRF for 4 of the last 6 days, and the other two days we were on patrols and escorts."

CC: "Matt, I need you on QRF, that's why you keep getting it. We have the job for another week, then it goes to Charlie Company. Push through it"

Me: "Sir, there are two other platoons in the Company. Can't one of them take this ball for a while?"

CC: "Matt, look, we do have three platoons in this unit. Let's talk about them. I have the 'been there done that' platoon. They are fine if you want to send them somewhere they've been before, or give missions that you know they've done before."

"I have the 'first time' platoon. This platoon is perfect if we want to do something for the first time and not anger the locals, or we want the best face for a hospital or school."

"Then I have the 'holy s^#t! We need to fix this now' platoon!' Can you guess which one you are?"

Me, a little dejected because I can see the writing on the wall: "The third one, sir" 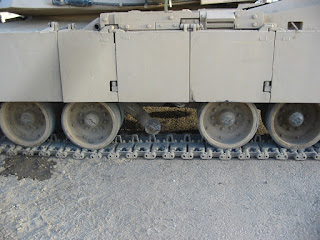 CC: "Matt, I'll get you a break in 6 hours when the night gets quiet. You can have the rest of the night off, then take maintenance in the morning, but I need your tanks back up and ready by 1400 (that's 2 PM). Understood?"

By the end of the next week, 3 of my 4 tanks needed extensive overhauls with their engines and transmissions (As well as sheared road-wheels, see the pic), and my men were exhausted. We were out of the rotation for nearly 3 days. While I couldn't put it into these words then, I learned Morey's Law #16:

Since departing the Army, I've relearned this lesson on a multitude of projects and assignments. I've worked through the nights and over weekends and holidays to finish projects or data conversions, or software settings, or any other of a hundred tasks. I became "Old Reliable." I do it because it was what the job required (in my own mind), but I realized over time that I was sacrificing a lot. I was someone who could be relied upon to complete more than my "fair share of work." In fact I can remember lots of holidays, birthdays, and anniversaries celebrated away from home, over the phone. 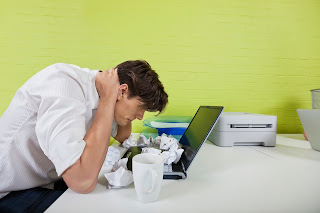 In one particular instance, I took 45 minutes off of work on a weekend to celebrate my second son's first birthday at a restaurant downtown. The rest of the team had lunch brought in, but the manager was nice enough to let me have a 45 minute window. Don't worry, he still had a birthday party. I just wasn't there.

Don't get me wrong, "Old Reliables" are important and valuable, but if you find you are one of them, then you have to take care of yourself. I've learned that too few leaders and / or managers will do it for you.

While important for an individual, there is also the leadership component to this law. Take a look at your teams. Who do you rely on most? When you have a tough task, who's name immediately comes to mind? What does that person's workload look like? As a leader, its your job to make sure that you aren't burning out your people, and that you are developing them. Too often, in the heat of the moment, we rush to "Old Reliable" to solve the problem, but don't do anything to balance the workload.

I encourage you to take a a step back and ask yourself these questions about your team:


In the long term, a leader should be making more leaders. That means growing people and providing opportunities for improvement, even if that may cause you difficulty and pain in the short term. If there is someone that you absolutely cannot do without, then you have a problem to fix. Because if you treat them like someone you can't do without, then soon you will have to do without. They will eventually realize they are being used, and will leave.

Find ways to balance the workload, grow your medium players into strong performers, and groom your "mission critical" people for their next opportunity. If you don't then you could find yourself in the position of having a problem, but no one to solve it!