Typically in the Army, an officer and enlisted personnel try not to mix too much. In previous posts I noted how I went to Dallas to see people in a battle of the bands, and how I attended a wedding for another member of my platoon; however, I always tried to maintain a space between my platoon and myself.

As an example, when the company moved inside a building at Forward Operating Base (FOB) Scunnion (yes, that was the name), my entire platoon had a large room to live in. I set-up my cot in the hallway, or when it wasn't too hot, on a patio outside the building. Why?

The reason is that I felt my soldiers needed time away from "daddy" (or maybe it was "mommy").  They needed space to have the conversations that they shouldn't/couldn't have around an officer, and it prevented us from getting too comfortable together. I was the leader, and the job may have required orders that would be very difficult with a friend.


But it went beyond just the living quarters. We established early on that there are boundaries. As with any piece of equipment, tanks require maintenance (oil changes are a little harder than on your car). The Army has a regular cycle when this maintenance is going to be performed. For nearly all of that cycle, the members of my platoon didn't want me to help them. It messed with the line between us. I learned this the hard way a couple of times when I was trying to help; such as greasing the wheel arms under the track skirts of the tank. I grabbed a grease gun and started to work, only to feel a tap on the back followed by a question:

"Greasing the arms, Staff Sergeant (SSG) McGregor, it's my tank too, and I figured you could use the help."

"Sir, we got this, you have other things to do." As SSG McGregor reached out for the grease gun in my hand.

In point of fact, I really didn't; but I realized it was a point of pride for Sergeant McGregor, and they probably didn't want me around because it would be micromanaging.  As I stood up and handed over the grease gun, I saw that the other members of my platoon were looking to see what I would do. I  left, so that they could do their job. It wasn't until much later that I realized the other reason (the real reason, thanks to a conversation with SSG McGregor) was to maintain the divide. The same reason I kept my cot out of their living space. The platoon sergeant (senior sergeant) had a similar arrangement and didn't work on the tanks much either. Instead, we did our part by making sure everyone had water, food, and whatever tools and supplies they needed, so that they didn't have to slow down.We removed obstacles, made the day-to-day smoother, but didn't participate in the day-to-day.

But there was one event in the cycle where everybody could help and no lines were observed. Breaking Track. Breaking Track is nasty, dirty, backbreaking work that can take a full day (or more) per tank. Below is a video that will give you an idea.


Now that is in a motorpool area, with concrete platforms to work from, and clean replacement parts available. Where we did it was in a sandy, open motorpool area, with temperatures regularly above 120 degrees Fahrenheit.  Sometimes we had to replace not just sections of track, but the rubber pads as well. Hours upon hours of work. At the end everyone is sweaty, dirty, and exhausted. But this is also where a lot of the camaraderie comes from, and where the tank crews learned if their officer was one of them (despite the line) or was "just an officer." I'll let you guess where I landed on that scale (with some pictures for evidence). 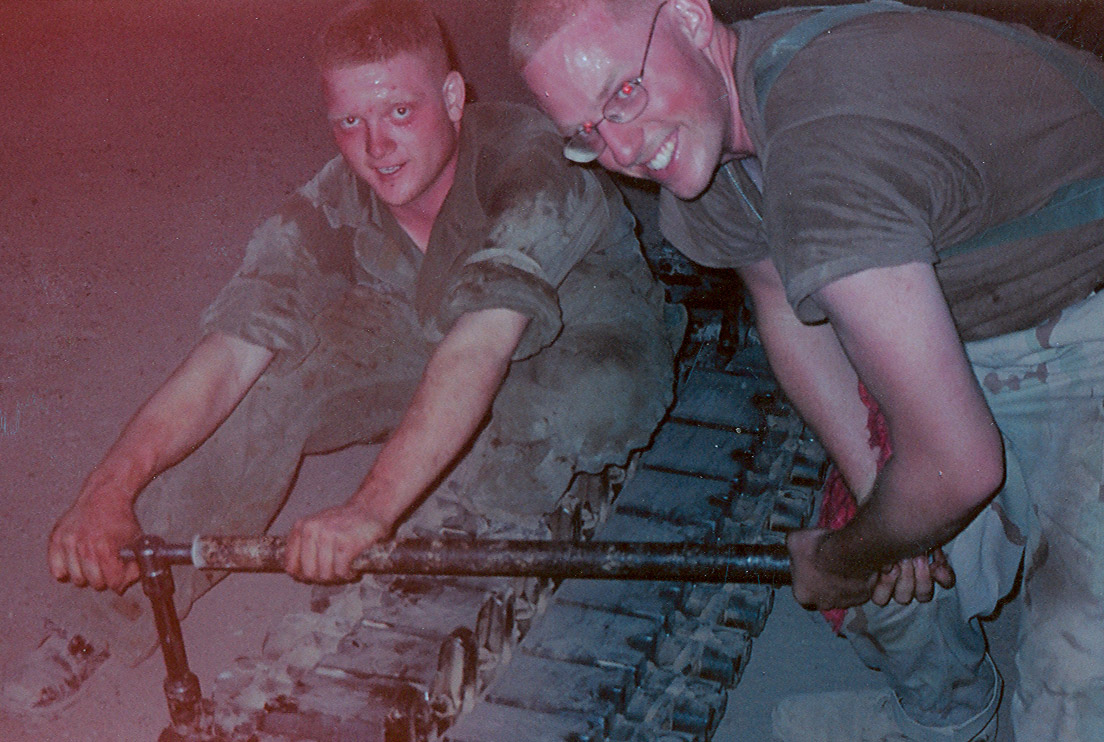 Because as leaders, we often find ourselves wanting to help our people, or get involved in their projects, and it just isn't wanted. We need to let our team do their job, without interference, and maintain the distance. What we can do for them is remove obstacles and provide the tools, materials, and people they need to do the day-to-day. It isn't just about our comfort level, but theirs too.

However, there will invariably be a time when it comes time to Break Track with your team. A lot of immediate work is ahead, which will take long hours and dedication to complete; whether it's in a motorpool, on an oil rig, at a construction site, or in an office building. This is part of COMMAND. At that point and time, you don't say "see you guys tomorrow." Instead, roll up your sleeves, grab a torque wrench, and show them that you are part of the team. In the end your team will love you the more for it. 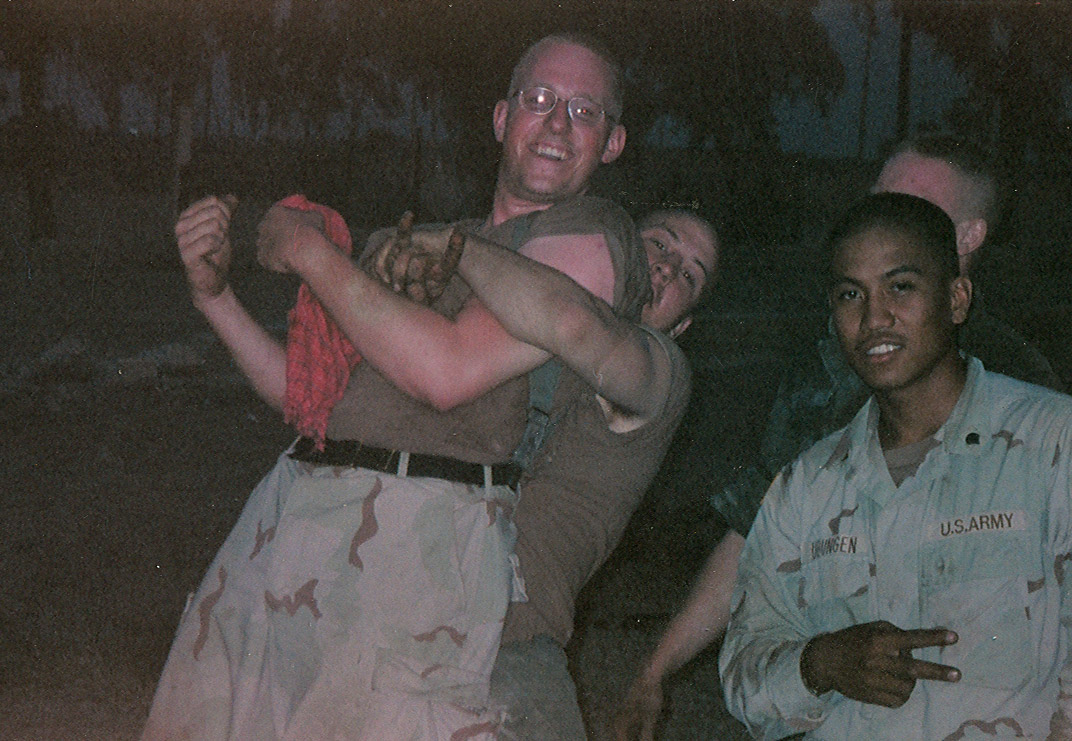